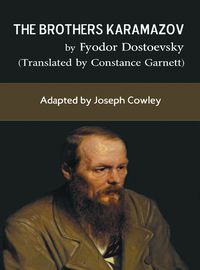 Fyodor Dostoevsky was the son of a doctor. His parents were hard-working, religious people, but poor. A brilliant career seemed open, but in 1849 he was arrested and condemned to death.

A member of a group of young men who met to read Fourier and Proudhon, he was accused of “taking part in conversations against the censorship … and of knowing of the intention to use a printing press.”

After eight months in jail, he was taken to be shot. Suddenly the prisoners were informed that His Majesty had spared their lives. His sentence was commuted to hard labor: four years of penal servitude in Siberia and some years in a disciplinary battalion.

In 1864 Dostoevsky lost his first wife and his brother. Though in terrible poverty, he paid his brother’s debts. The author wrote at tremendous speed and is said to never have corrected his work, which is evident in many books, especially Crime and Punishment.

In June 1880 he made his famous speech at the unveiling of the monument to Pushkin in Moscow and was received with great honor. A few months later he died and a vast multitude of mourners came to the cemetery.

He is still probably the most widely read writer in Russia. In the words of a Russian critic, “He was one of ourselves, a man of our blood and our bone, but one who has suffered.”

This book is one of a series of classics condensed for ESL students by Joseph Cowley. It took two years to reduce the original almost one million words down to about 161,000 and still maintain the integrity of the work.

Heart of the West = 西部之心

The Confessions of Arsène Lupin = 亞森羅蘋冒險系列之羅蘋的告白

The Cricket on the Hearth = 爐邊的蟋蟀

The Travels of True Godliness = 敬虔腳蹤行

The Education of Henry Adams

A Vindication of the Rights of Woman